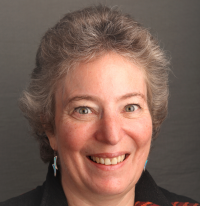 Distributed teams are a necessity in modern software development, but it’s not easy! In this episode, Arin and David speak with Johanna Rothman, who is also known as the Pragmatic Manager. She is a very well know Agile Management Consultant and author of 19 books on Product Management, Product Development, and even Personal Development. In today’s episode of the Scaling Tech Podcast, we’ll be focused on her book, “From Chaos to Successful Agile Distributed Teams: Collaborate to Deliver!” She will share best practices on building successful distributed agile teams, as well as the traps to avoid.

Johanna talks about how to maintain agility and a learning cycle despite working around the world, team overlaps, the importance of measuring cycle team regardless of methodology, and encourages listeners to assume best intentions when working in a globally distributed team.

If you lead a distributed agile team, or are a member of one, then you won’t want to miss this episode!

You can learn more about her at jrothman.com and by signing up for her Pragmatic Manager Newsletter.

Note: There were sound issues with Arin’s mic in the beginning of this episode which we could not fix in the editing process unfortunately. Please pardon that distortion, it is worst in the beginning and the rest of the episode is much better. We have it fixed for the upcoming episodes!